The Surprising Truth About Ozone Oils 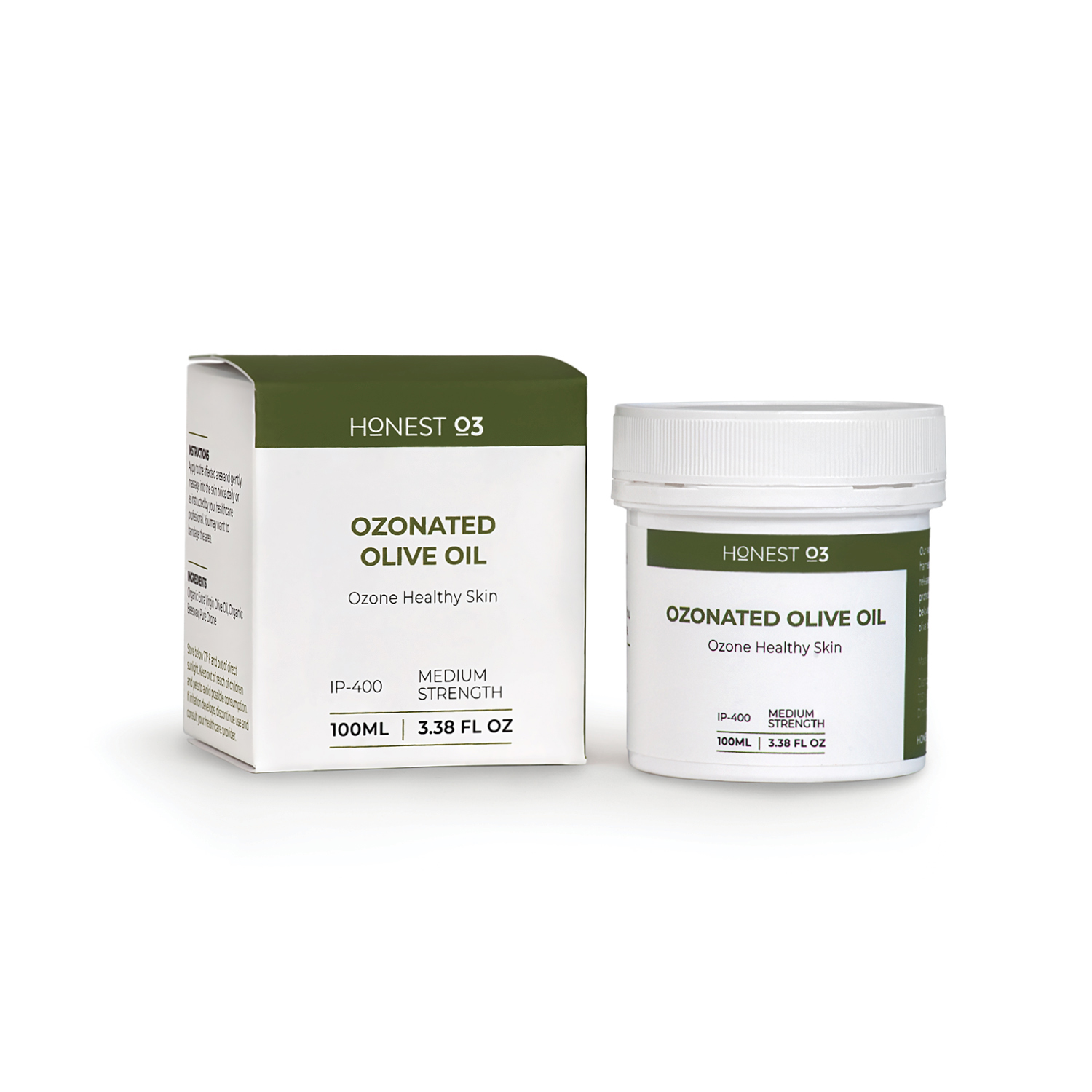 “My dog had MRSP (a form of methicillin-resistant staph) for 3 years and ozone saved his life!!!!!!! We spent over $10,000 on treatments that almost killed him!! I bought 2 jars of $30 ozone oil and was shocked that in 2 days we saw more improvements than we did in years!!!!! Then we bought an ozone machine!!!”

I can’t think of an easier way to apply ozone than to rub it into the skin. It’s easy, fast and efficient. But let me back up and tell you how ozone oil really works.

One of the most common questions that I get when someone hears about ozone oil having a shelf-life of about two years is, “I thought ozone was unstable. How can it be stored for two years?”. I guess if we wanted to be more accurate with our terminology, we would call it “ozonide oil”, because that’s really what it is.

Many different types of vegetable oils can be infused with ozone (ozonated) and then be used therapeutically. The most common types include olive, sunflower and coconut. Vegetable oils contain unsaturated fatty acids which in turn contain carbon atoms that are linked to another carbon atom through something called a double bond. A double bond means that these two carbon atoms are sharing four electrons instead of two, and it makes the connection between the 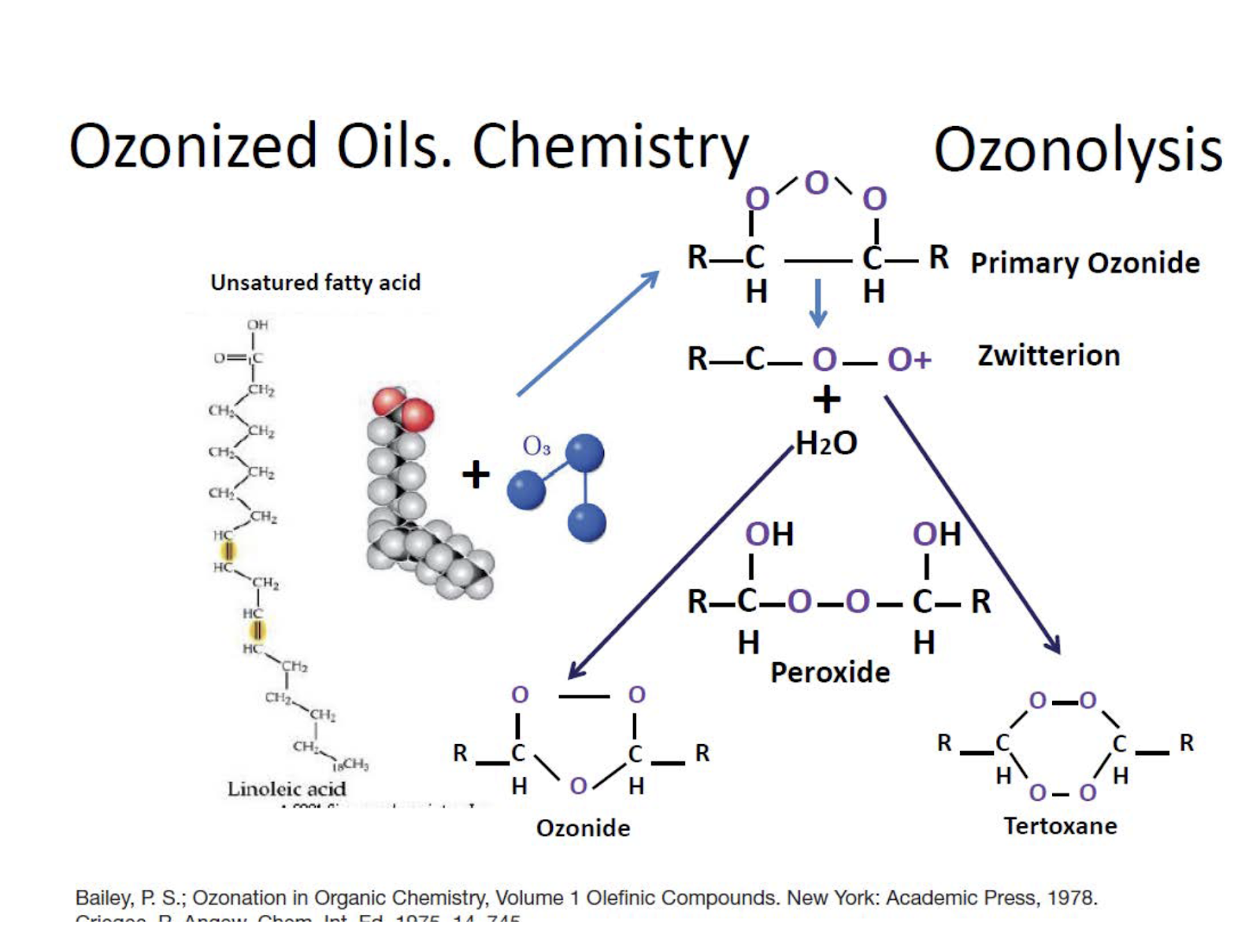 two atoms stronger. As these double bonds come into contact with ozone, they are oxidized and disappear. If an oil has a higher level of double bonds, then it can hold more ozone. This is why some oils are considered stronger than others. An important side note here is that just because an oil is more potent doesn’t mean that it’s more effective. There is no evidence that would suggest that oils of greater strength work better than those of less strength. Although companies will market a variety of oils, don’t worry so much about what type of oil you should use. Just make sure that you are purchasing through a reputable company like O3Vets that knows its product.

The most common way to measure the level of ozone in an oil is through what is known as the peroxide value. It measures the peroxides in the oil. Generally, the longer an oil is ozonated, the more peroxides it will have and the thicker it will become.

The process to ozonate an oil is simple, but I would never recommend that it be done at home or in the clinic for two reasons.

Commonly, one will take an ozone generator that is connected to an oxygen source and run the ozone into a glass flask that contains the oil that they would like to ozonate. As the ozone is bubbled into the oil, the oil absorbs the ozone. The left-over oxygen then escapes through an exhaust port connected to a destruct which scavenges any ozone that remains so that it doesn’t escape into the air to be breathed. Depending on a number of factors including the concentration and volume of the ozone, the amount of oil, the temperature of the oil and the presence of water as a catalyzer, the ozonation time can take anywhere from four hours up to a week. 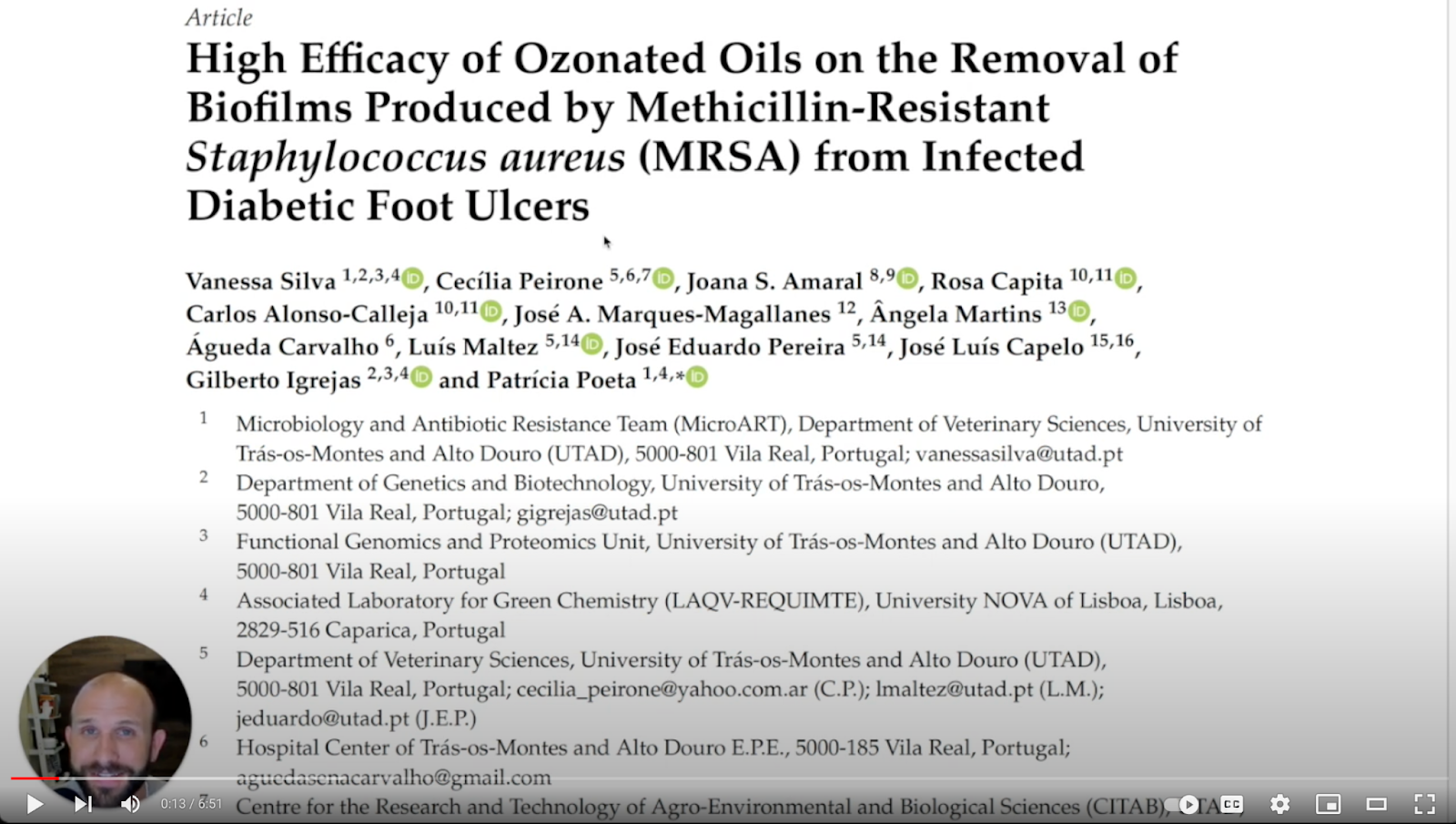 Although oils are most commonly used to treat skin conditions, it can also be used orally or rectally in the form of a suppository. Some of the specific conditions treated with ozonated oil are:

How to administer it

This is the simplest of administration methods. Simply apply the oil to the affected area one to three times daily or as directed by a veterinarian. There is no exact dosing needed here but apply it across the entire area if possible. Products like Hydrogel 15% from Honest O3 can be rubbed into the gums and tongue to treat oral conditions. Another product from Honest O3, Pet Liniment 10% is an easy-to-use formula that absorbs more quickly than standard ozone oils. These products are not only more user friendly, but also have a more pleasant odor than the traditional ozone oils because of how they are manufactured.

added to your shopping cart.
View Cart Check Out